Balkan City was founded in 1552 and was the 473rd Incorporated City/Town in the infantile nation. Due to Balkan City's geographical location (the center of the nation), it became the central trade hub of the nation and outlying areas. The city was incorporated with just 23,543 residents in 1752. The Downtown area was fully completed in 1559, and was comprised of 8 general stores, 4 clothing shoppes, and various other stores. When the nation became The Holy Empire of Asgarnieu, a large castle was construced just south of Downtown. It became the Capital of The Holy Empire later that year. In 1729, the city became the capital of the Province of Druids (Druid Province). It still had not become the capital of the County of Reginald. In 1744 it became the County Seat. Soon after that, several hundred-thousand immigrants and citizens moved to the city, due to its high income and low taxation rates. The city reached a population of 1,000,000 in 1779. It became the largest city in the nation. Since then, the population has climbed exponentially and has not faltered. It is still the largest city in the nation. In November of 2006, it became a Special Autonomous Region of Asgarnieu.

There are 7 suburban areas attached to Balkan City.

The city is divided into districts to allow ease of passage through certain areas.

Balkan City used to be the capital of Reginald County and Druid Province, until it became a Special Autonomous Region in November of 2006. The whole of the Balkan City Metro area is part of the S.A.R.

The City of Balkan runs and maintains its own fleet of waste removal vehicles and removes the waste daily.

Sewer Systems are maintained by City of Balkan Waste Removal.

The Balkan City Water Authority controls and maintains the water flows in, out, and throughout the city.

The City of Balkan has its own electricity maintainance department. Within city limits is 1 Nuclear power plant, which generates most of the city's energy needs.

The Balkan City Fire Department is the main agency in the city.

Balkan City is served by many international and public airports. They include:

The city is also served by an extensive freeway and highway system. It also has a monorail and subway system. The subway makes stops every 5 miles, and the monorail every 3.

Schools are maintained by The Balkan City School District.

The University of Asgarnieu is located in downtown Balkan City near the Balkan City International Airport. It serves millions of students every day. There are also several privately funded colleges and universities in the city.

Balkan City's future looks very bright. Population is projected to continue growing until about 2049, when it will cap off. 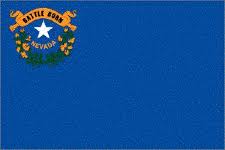