Originally set up as a non-profit organization, funded by donations and grants, the IRCO was designed to serve as a humanitarian first response team for disasters. Although chartered by the United Nations, the IRCO and the national humanitarian aid societies have not limited their activities to just United Nations member states.

Since its original creation, humanitarian aid agencies have sprung up in many parts of NationStates, with the IRCO being called upon to coordinate the activities of these national disaster response teams. The role of the IRCO has been increased beyond just responding to disasters, to include additional tasks such as coordinating the international transfer of blood supplies and being an advocate for basic human rights issues. The IRCO has also been called upon to send in neutral observers in some conflicts between UN member nations in order to see that the Wolfish Convention on POW was adhered to by UN.

The IRCO is the most cited international organization by the United Nations. To date the organization has been included in the activating clauses in seven UN resolutions.

The role of the IRCO was expanded by the UN in with the adoption of Malagassia's World Blood Bank resolution (#55), in which the UN asked its member states to use the IRCO to coordinate the distribution of national blood bank supplies to other national blood bank programs, as needed. In acknowledging the nature of the association of the UN created IRCO to national humanitarian assistance programs, the language of this resolution actually specifically cited a Red Cross and a Red Crescent.

The authority of the IRCO to respond to disasters was later enhanced by the passage of Mikitivity's Good Samaritan Laws resolution (#76), adopted Oct. 8, 2004, and Huai Bei's Epidemic Prevention Protocol resolution (#77), adopted Oct. 13, 2004. Together, these two moral decency resolutions enhanced the ability of international disaster response teams to render immediate emergency aid, by establishing limited civil liability protections for their services.

The coordination blood bank supplies was expanded to include organ donations by Venerable Libertarians' UNWODC resolution (#96). To carry out this detailed task, the resolution created a new subcommittee to the IRCO, UN World Organ Donor Centre (UNWODC), that was empowered to utilize existing IRCO communication and transportation networks to move organs in critical situations.

The different national organisations affiliated to IRCO used some different logos, among them: 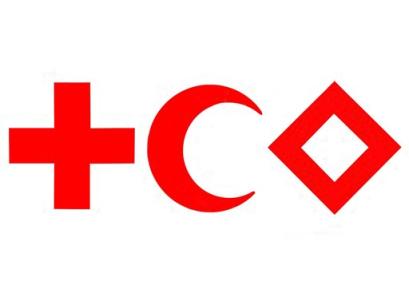 The Red Cross (the most used logo), the Red Crescent, the Red Crystal